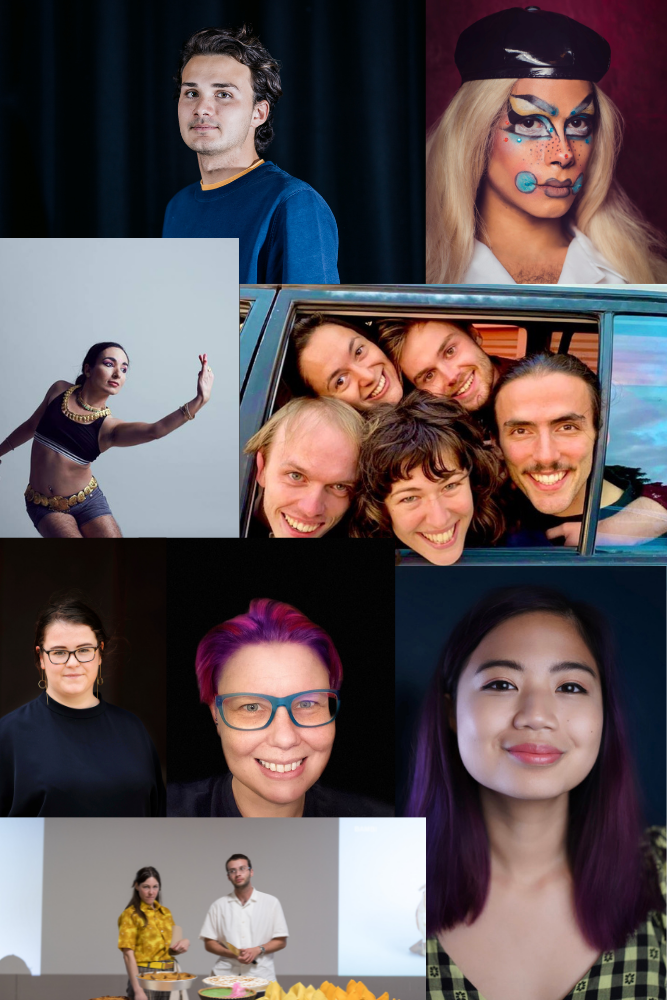 Melbourne Fringe has dropped a HUGE wad of cash on a bunch of new art, here’s who got a slice:

Melbourne Fringe has dropped a HUGE wad of cash on a bunch of new art, here’s who got a slice:

Melbourne Fringe is proud to finally announce the recipients of the inaugural round of its Fringe Fund, a brand-new commissioning initiative supporting artists make bold, ground-breaking, and innovative art.

More than $175,000 in commissions will support independent artists to take artistic risks in creating new events across different artistic disciplines for the Melbourne Fringe Festival.

Under two streams, ‘Cash to Create’ and ‘Cash for Equity,’ the Fringe Fund provides commissioning opportunities, concessions on fees and even cold hard cash to ease financial pressure on artists.

“This is a game changing amount of money for independent artists. It’s one of the most significant series of commissions we’ve ever had as an organisation,” said Abrahams.

“Supporting independent artists to create boundary-pushing work is at the heart of what we do at Melbourne Fringe. Reducing barriers to access – in this case easing financial burdens – is essential to democratising the arts. Fringe Fund is putting money directly in the hands of artists to create work that will be enjoyed by all Victorians in 2022 and beyond.

“Two of Melbourne Fringe’s major areas of focus, Deadly Fringe Commissions and Radical Access Commissions, strengthen our commitment to supporting First Nations and Deaf and Disabled artists which is absolutely a priority for us. We’re excited to announce soon what the major commissions will be for 2023.”

A Rainbow of Tomorrows by Stone Motherless Cold
$20,000 commission
In partnership with the Koorie Heritage Trust

Stone Motherless Cold is a drag artist, writer, producer, and visual artist creatively based in Melbourne. Stone has been commissioned to create a week-long Blak futurism queer art exhibition at Koorie Heritage Trust during the 2022 Melbourne Fringe Festival. This utopian garden features five events, ‘the Fae’ film, five costumes and an art installation composed of visual artworks of different mediums from local Blak queer artists in Melbourne. Stone’s multi-disciplinary projects explore Blak futurism, gender and sexuality, their experiences with colonialism and living away from Country.

Jason Tamiru is a proud Yorta Yorta man passionate about supporting his people’s creativity by building frameworks that complement cultural expression. Uncle Bart Willoughby is a Pitjantjantjara and Mirning singer/songwriter, known for his distinctive fusion of reggae with traditional Indigenous influences. Aunty Denise McGuinness is a Gunditjmara, Yorta Yorta and Wiradjuri health worker and comedian based in Melbourne. Uncle Herb Patten is a Gunai-Kurnai, Yorta Yorta and Wiradjuri professional gum leaf player and much-loved storyteller. Bobby Nicholls is a Yorta Yorta, Dja Dja Wurrung and Wotjobaluk man who has worked extensively in community run organisations. Aunty Rieo Ellis is a proud Waka/Bunjilung Elder and an incredible storyteller and comedian.

This creative team has been commissioned to generate a Yalinguth experience, in which Melbourne audiences will be invited to step back in time and walk with Elders and community, in person and augmented reality, along the streets of Aboriginal Fitzroy.

Brodie Murray is a Wamba Wamba/Scottish-Australian playwright and performer, with a passion to tell First Nations stories of South-Eastern Australia. For this commission, Brodie has written a play that is based on aspects of his Nan, Lorraine Murray’s story. Brodie is an award-winning artist (Best Emerging Indigenous Artist, and the Young Creatives Award, Melbourne Fringe Festival 2021) and the Australia Council for the Arts First Nations Emerging Career Development Award, First Nations Arts Awards 2022.

Roya and Eliza will explore dance, sound, and public space – informed by Roya’s interest in infiltrating civil space and challenging perceptions of disability. Roya has performed in events and festivals around the world from busking in the Middle East and performing at the White House. Eliza Hull is an award-winning musician, writer, and disability advocate. Recently Eliza
was awarded the Music Victoria ‘Amplify’ award, the APRA mentorship for women in music and the National Leadership Award from the Australia Council and Arts Access Australia.

Brendan Harwood is an artist living and working in Melbourne. Brendan will be making a visual artwork/dance work exploring his relationship with autism, using digital technology such as motion capturing, lasers, and projection. Being diagnosed as autistic later in his creative career has inspired an interest in how the use of interactive technologies can create and alter sensory
experiences. He recently completed his PhD at RMIT, engaged with areas of digital design, interactive environment, and volumetric light production.

Raina Peterson
$15,000 commission
Raina Peterson is a dancer-choreographer of Fiji-Indian and English heritage who was born and raised on the lands of the Gunaikurnai people. ‘Narasimha’ is a solo experimental Indian dance work-in-progress featuring live music. Drawing on their training in Mohiniyattam, classical Indian dance of Kerala, Raina’s critically acclaimed work is subversive and visceral in its exploration of cultural identity, colonialism, gender diversity and sexuality. Their full-length works with dance partner Govind Pillai include award-winning dance film Drishti (2020, winner of two Fringe Awards: ‘Best dance and physical theatre’ and ‘Innovation in culturally diverse practice.

In the likely event of forever, by Margo Morales Tanjutco
$20,000 commission

Margot Tanjutco is a writer, actor, director and comedian in Melbourne. Margot has been commissioned to create In the likely event of forever, a solo theatre piece that unravels moments and millennia to create a world simultaneously archiving, discovering, and re-evaluating how it feels to be alive. Margot’s experimental digital work psyche404error won Best Work in Festival at Melbourne Fringe 2021 as well as two artist development awards: Best Emerging Writer (supported by Emerging Writers’ Festival), and Best Adaptation from Stage to Screen (Supported by Theatre Network Australia).

Pony CAM is a theatre company made up of five artists from around Australia, their work transforms non-theatrical spaces into irreverent and communal performance events. For their
commission, these six theatre-makers will recreate 12 moments that have inspired them from performances over the past 40 years. They are collaborating with David Williams – a Melbourne-based theatre artist whose works open spaces for public conversation about political and social issues.

Hannah Fallowfield is a Melbourne-based director and theatre maker. Dough! will be the latest participatory performance piece from award-winning collective Stage Mom, working in
collaboration with Alex Thew for the first time. What do bread, The Simpsons and post-capitalist desire have in common? Dough! This work will feature Hannah as a solo performer,
live and pre-recorded video, and participatory elements to form a live exploration of dough -the food, the sound, and the $$.

TRANS NOW by Sam Elkin
$5,000 commission
In partnership with the Victorian Pride Centre
Sam Elkin is a writer and radio maker. His commission will take the form of an afternoon of art, performance, food, and song by and for the Trans community and allies. Sam says: “Trans and gender diverse people have been under attack in the media and are facing increasing incursions on our rights, but we won’t ever let them take our joy.”

Long Prawn is an artistic food practice that delivers rigorously researched food expertise, heavily seasoned with creative event design. For one weekend during Fringe, Long Prawn builds and populates a scaled down Live Leisure Yabby Fishing experience in the courtyard of the Collingwood Yards. Ticket holders get an hour of fishing where they can eat their catch. Adjacent to hot coal grills and drinks fridge, will be a small stage where vocal performances and lip-syncs will keep the idle rods bobbing.

J. Rosenbaum is a Melbourne AI artist and researcher working with 3D modelling, artificial intelligence, and extended reality technologies. This commission is the culmination of their Ph. D research, a digital 3D gallery space accessible via web browser and virtual reality. The exhibition will feature works created by several AI systems, presenting different explorations of computer perceptions of gender.

Remi Cady Freer is an emerging artist and designer working across multiple disciplines with a focus on guiding electrical signals into sculptural forms. Their commission, Scopaesthesia,
takes the form of a set of 5 electrical LED screens acting as a unified entity, a platform, installed in public space that all kinds of images, and electrical poems can be made and projected onto. People from all over the globe, tuning in will collectively parent and guide the screen entity.