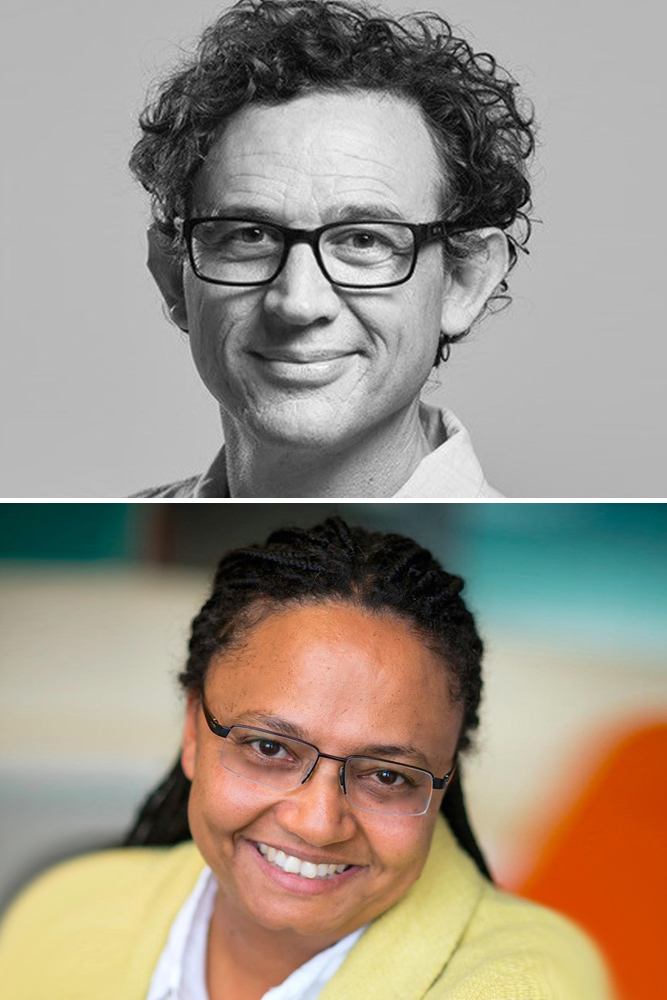 We are thrilled to introduce you to the new kids on the block (ok, not the 90’s boy band) but our two new Board members.

The inimitable Australian theatre director, Michael Kantor joins us as our new Chair of Melbourne Fringe’s Board, who is joined by the excellent Feyi Akindoyeni, a strategic communications expert, as a Non-Executive Director.

“I’m thrilled to welcome Feyi and Michael to the Melbourne Fringe Board and I can’t wait to collaborate with them as we plot the next stages of Melbourne Fringe’s expansion and celebrate Fringe’s 40th anniversary this year. Michael’s artistic, strategic and philanthropic knowledge will be the perfect match as Chair, and Feyi’s advocacy know-how is second to none. I’m so excited to be working with them both.” – Melbourne Fringe Creative Director and CEO, Simon Abrahams.

Eager to find out some more information about Michael and Feyi, read on.

Michael is a theatre director born and bred in Melbourne, and has directed theatre, dance and opera for each of the major State theatre companies, as well as all the major festivals across the country.

Michael’s work includes The Caucasian Chalk Circle, Macbeth, The Ham Funeral and for Belvoir St Theatre in Sydney; Moon Spirit Feasting for the 2000 Adelaide Festival which later toured to Melbourne, Berlin, Zurich and Tokyo. Michael directed Chunky Move’s 2003 Melbourne Festival production Tense Dave, which toured to the Sydney and Perth festivals and New York and collaborated as an actor with Barrie Kosky’s Gilgul Theatre, performing in The Dybbuk, Es Brent, The Wilderness Room and The Operated Jew.

Michael was the Artistic Director of Malthouse Theatre from 2004 to 2010 directing many shows, including The Odyssey for the Melbourne and Perth International Arts Festivals, Though the Looking Glass with Victorian Opera, the Meow Meow spectaculars Vamp and The Little Mermaid, that both toured nationally and internationally, Optimism with The Sydney Theatre Company and Edinburgh International Festival, and The Threepenny Opera, also with The Sydney Theatre Company.

The Boy Castaways, Michael’s first feature film, premiered at the Adelaide International Film Festival in 2015. He then adapted King Lear into two Indigenous languages for a new stage production, The Shadow King, that premiered at the Malthouse Theatre, and for which Michael was awarded The Helpmann Award for direction.

Coincidentally, the first ever show he ever directed was in the underground carpark at Melbourne Uni, and it was listed in that year’s Fringe Festival. Michael is also known for his philanthropic work and is a committed advocate for climate action.

“I am thrilled to be chairing the Fringe Board, at this critical time for the independent theatre and performance community, so severely wounded by the COVID pandemic. Melbourne Fringe can and will be the chief advocate for these artists in their existential battle to keep Melbourne theatrically alive – and kicking,” said Michael.

With over 20 years’ experience in strategic communications, Feyi is one of the country’s most sought after communications consultants. Feyi has a deep understanding of the nexus between policy, politics and business having spent 15 years in public affairs including five years in Canberra leading a bi-partisan team of top government relations experts.

Her counsel is valued by some of Australia’s leading organisations including Google, Bunnings, Officeworks, Uber, CBA, RMIT, Life Without Barriers, the National Farmers Federation, and the federal departments of Health and Ageing, NDIA, Defence, Home Affairs and Education, who look to her for reputational, strategic messaging and engagement counsel around policy, advocacy, effective stakeholder engagement, public affairs and digital communications.