We Built This City – CANCELLED 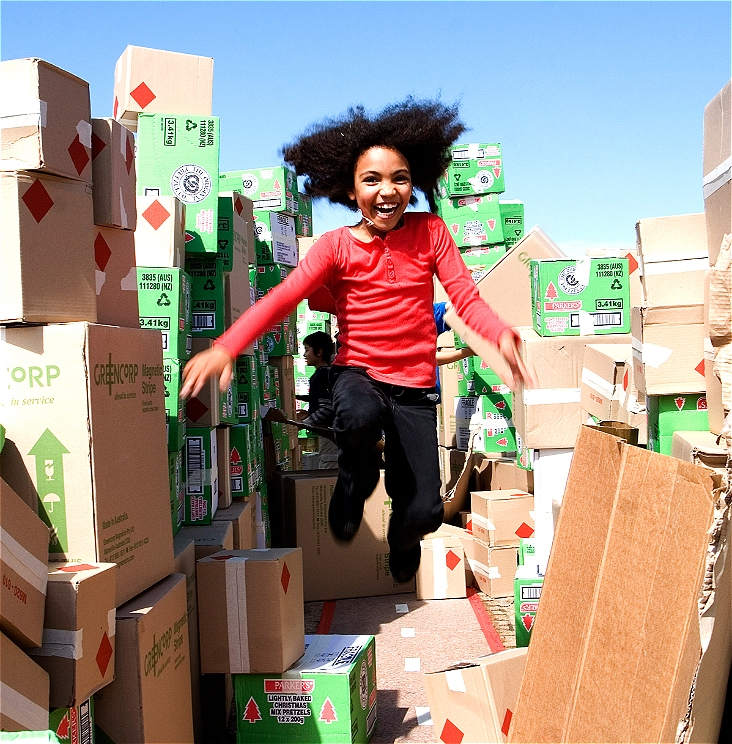 We Built This City – CANCELLED

We Built This City is one of the happiest projects you will ever experience in your entire life (we promise).

This giant cardboard wonderland of a construction site by Polyglot Theatre brings communities together to think big and build the cities and towns of their dreams, while celebrating the amazing feat of engineering happening right now, beneath our feet, as part of the Metro Tunnel project.

Filled with thousands and thousands of cardboard boxes, a DJ spinning music, and Polyglot artists/construction workers to help kids’ follow their impulses, families are invited to come together to create a unique city within the heart of their very own. And at the end of it all, like a giant sandcastle, the city is shaken and stomped to the ground.

We Built This City first broke ground in Melbourne’s City Square 20 years ago. After travelling the world over, building cities beyond imagination overseas – it’s coming back to where it all began for this special 20th anniversary presentation. Well, just up the road a little at Fed Square.

A special one-off event will also be presented on 30 September at the State Library of Victoria – We Built This Tunnel. An ingenious, accessible tunnel structure made of cardboard will pop up for one day only, inviting you to enter, play and reflect on the tunnel work happening right now under our city.

This is a standing event.