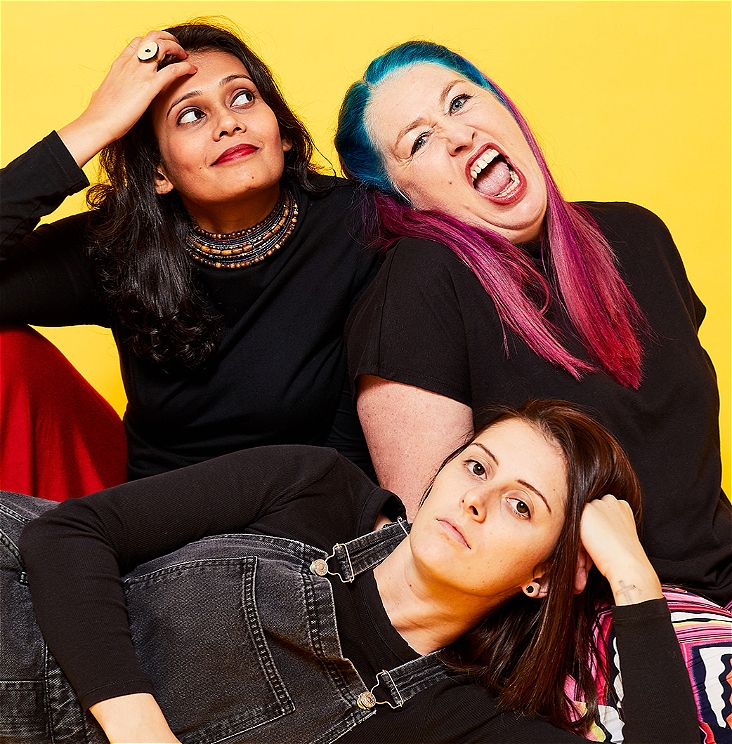 Please note: The 2021 Fringe Festival season of Take 3 has been cancelled. We apologise for any inconvenience

Annie Boyle, Kru Harale and Kelly Mac span the generations: Young, Still Young and Wrong Side of 50. Join these up-and-comers as they present their takes on 21st Century life: Boomer parents who refuse to die. Leaving the luxury of Mumbai for the squalor of Sydney. Dating in a town resembling a family reunion.

Crowdwork-queen Kru left Mumbai for the First World and ended up learning how to wash her own clothes. She was last seen stalking the Melbourne comedy scene amidst cries of “Where are the servants?”

After 30 years of marriage, ACRA winner Kelly is not single but willing to learn. She entered comedy via the well-worn path of law and brekkie radio. Her parenting advice can be distilled down to “devon and white bread produce winners” and “never join the P & C”.

All three comics deliver sharp material and allow a fun night out where the only guarantee is laughing out loud - ★★★ ½ Theatre Now
Give these three time. They are going to be big names one day - ★★★ The Advertiser
Sometimes risqué but always engaging and entertaining original comedy - ★★★★ NOTA