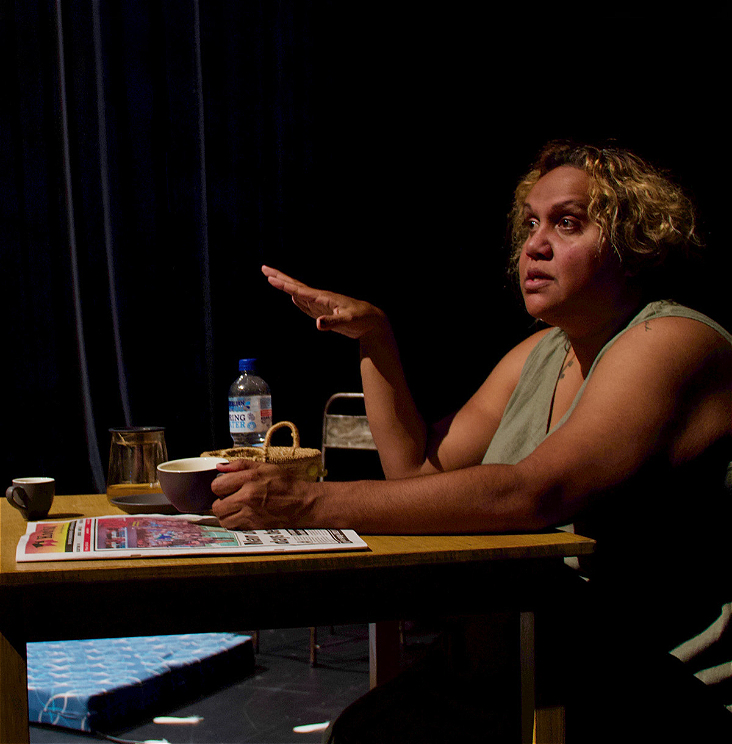 A bare single mattress, empty water bottle and a small table are the seemingly barbones scaffolding of Janet's Vagrant Love. But when combined with the commanding performance and song of Elaine Crombie (Pitjantjatjara, Warrigmai and South Sea Islander, that simple set becomes a powder keg of emotion.

Janet's Vagrant Love is a work 20 years in the making. Crombie shares her truth, telling stories of childhood trauma and the struggles of raising your Blak men as a single mum doing the best she can for her boys.

Raw and intimate songs and experiences are punctuated with wicked one-liners and sharp observations. Janet's Vagrant Love is a refusal to lie down and be silent.

Use codeword COMMUNITY at the check-out for $20 tickets for First Nations audience members in acknowledgement of the traditional custodians of these lands.

Note: Tickets are also available via the RISING website HERE.

A (highly democratic) gay ass disco for every body

Your make up is terrible...