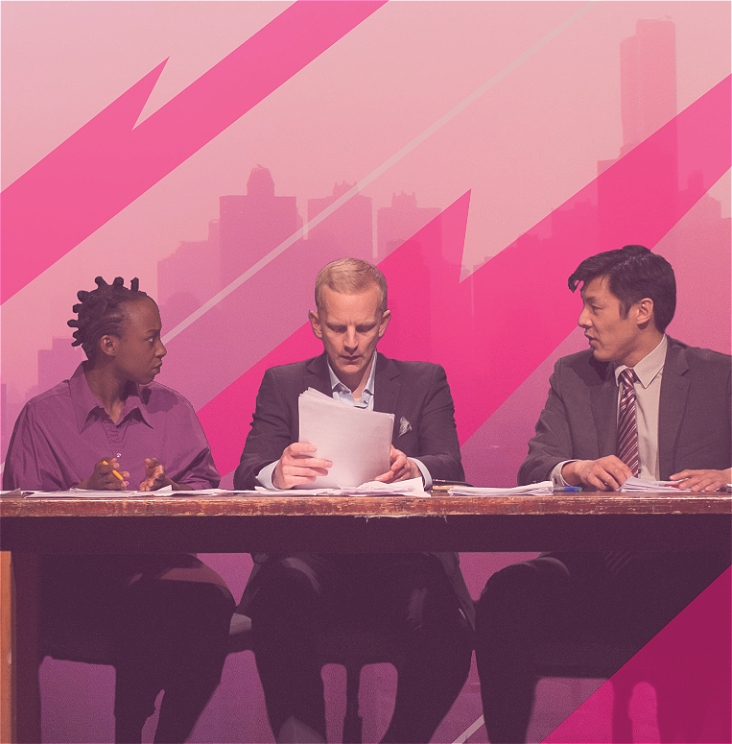 Hack Theatre presents an internationally acclaimed audio-visual political drama from award winning UK playwright, Michelle Sewell. Border Control is sharp and quick-witted, cutting through the heart of immigration systems to examine what they mean for modern relationships during a pandemic. This is an innovative collaboration between Australian and British artists during a time when borders are shut.

UK Visas and Immigration Officers scrutinise and dissect the minutiae of a young couple’s turbulent marriage to decide whether 3717 photos, Facebook statuses, utility bills and occasional indulgences from Ann Summers determine whether the couple are ‘‘in fact, in love and can remain in the country’’

Followed by a panel discussion with high profile thought-leaders from arts, politics, health and refugee organisations to discuss the widespread impact of the past year on people being isolated and separated by borders, which will be felt for decades to come.